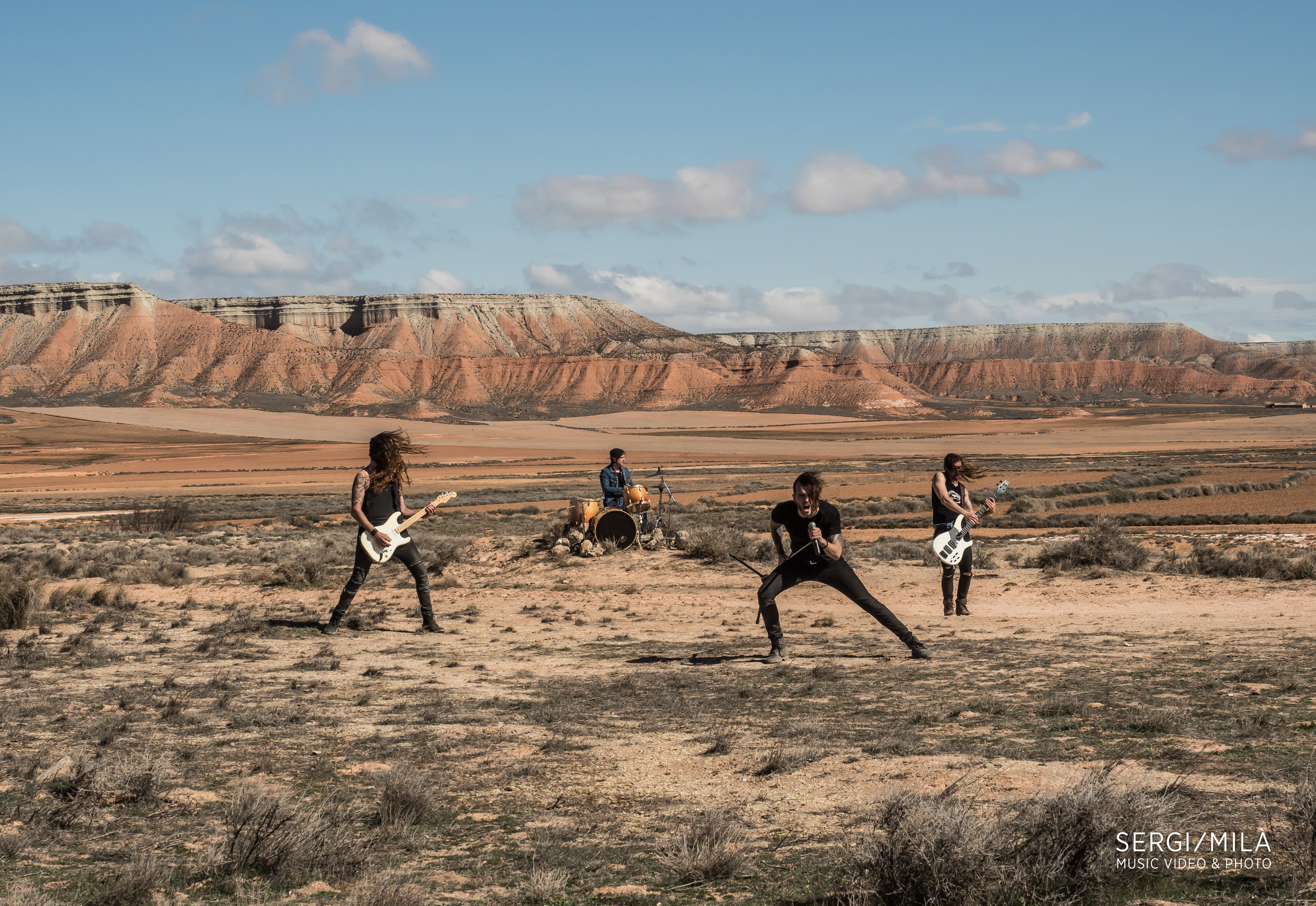 Filming the videoclip for their single Stupid War

Between Lleida and Zaragoza there is a desert known as the Monegros Desert. This place is used by many production companies to shoot all kind of films, videoclips and commercials.

On March 25th & 26th Desde El Aire joined the band Big Mouthers to film the aerial footage for the videoclip of their single Stupid War which is included in the album ‘Wishes’.

The place chosen for this was El Planeron and the old village of Belchite. Both locations are close to the Monegros Desert and share the same scenery.

When we arrived on set the weather was perfect and we were able to get some good aerial shots of the scenery around us. But things were changing fast and the famous Cierzo wind, a wind that blows down the entire Ebro valley from the north, was picking up quickly making some of the shots a little more complicated.

The next day, however, the wind was blowing at a steady 45km/h making the flight of our DJI Inspire 2 extremely difficult and complicated. The drone’s GPS system was maxed out trying to keep its position steady and it was near impossible to get the shots we needed.

Luckily though, our experienced pilot did his best to get some incredible shots which, combined with the great work and talent of the rest of the team, ended in what we think is a great videoclip.